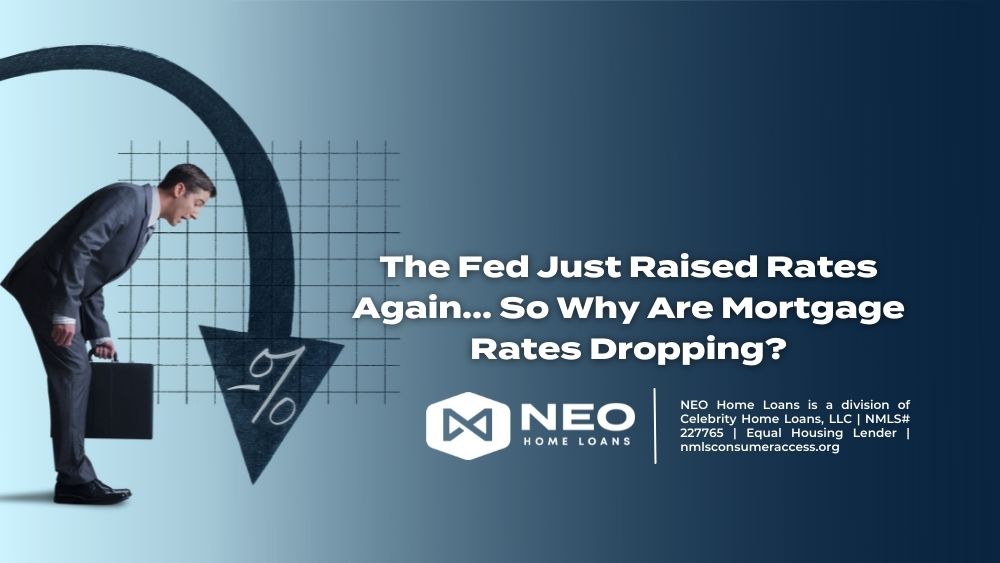 The Federal Reserve announced a 75-point interest rate hike on Wednesday. So why have mortgage rates have been falling ever since?

This decrease comes after several months of rates swinging up and down. A larger-than-expected inflation rate of 9.1% was released earlier in July, and in response the Fed suddenly switched from a planned 50-basis-point hike in its benchmark short-term interest rate to a larger 75-point hike to address the higher inflation.

Why Are Mortgage Rates Decreasing?

Mortgage rates are responding to the increasing likelihood of a recession – a prospect that has been bringing them down since the peak in June.

Mortgage rates are not set by the Federal Reserve, but they are usually indirectly affected. What’s different this time around is that the housing market was expecting the Fed’s 0.75 percentage point increase and had prepared for it. This prevented a sudden spike in mortgage rates like we’ve seen other times this year.

And a decrease seems most likely. During a press conference on Wednesday, Federal Reserve Chairman Jerome Powell implied that the Fed is either done or nearly done with their rate increases. This means we can infer that their strategies are working and inflation should be coming down.

Mortgage rates should continue to decrease as we enter a recession sometime next year. Why? Because it happens every time!

Take a look at the graphs below to get some perspective. The first one shows the history of interest rate increases by the Federal Reserve:

The red circles indicate each time the Federal Reserve has aggressively increased borrowing rates to combat inflation like we are seeing today, and the shaded gray areas indicate economic recessions. As you can see, a recession has followed every time the Fed has increased interest rates.

And what happens to mortgage rates following recessions? They ALWAYS go down, as you can see in the graph below showing the history of the 30-year fixed mortgage rate (again, pay attention to the shaded areas):

Will the housing market start to cool down as we enter a recession? Yes. This is only be expected as inflation and high interest rates make affording a home difficult for many Americans.

However, a slowing market does not mean a crashing one! Housing supply is still very low and demand is still very high. Until the supply problem is fixed, home prices will remain steady. Affordability constraints mean demand will dip slightly, but once we enter a recession and interest rates fall, demand will start to rise again.

Home prices are projected to appreciate for the next few years thanks to the overwhelming demand, meaning real estate will continue to be a safe and lucrative investment. If you would like help finding a home or getting pre-approved for a mortgage, fill out the form below to request a consultation with one of our mortgage advisors. 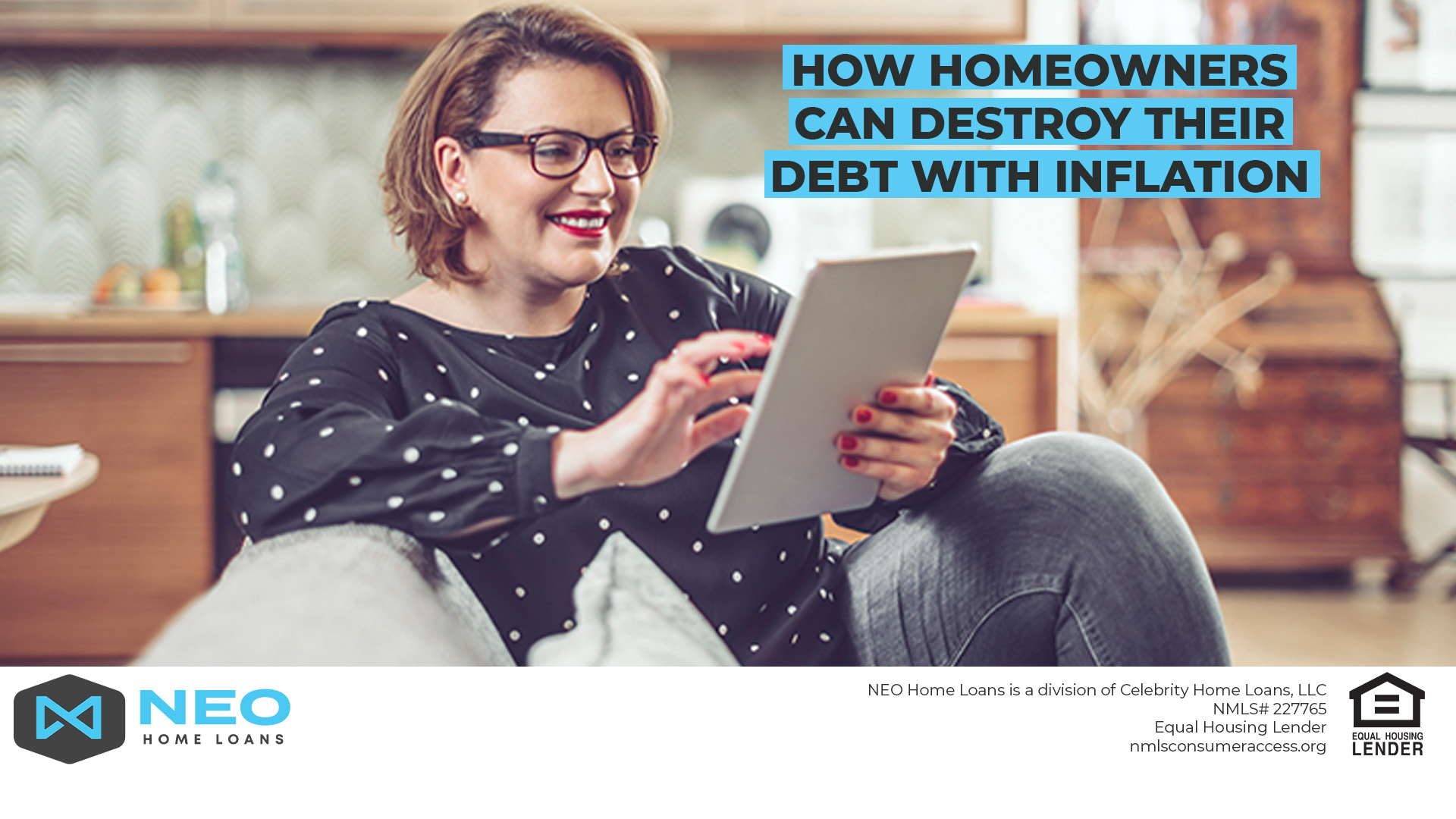 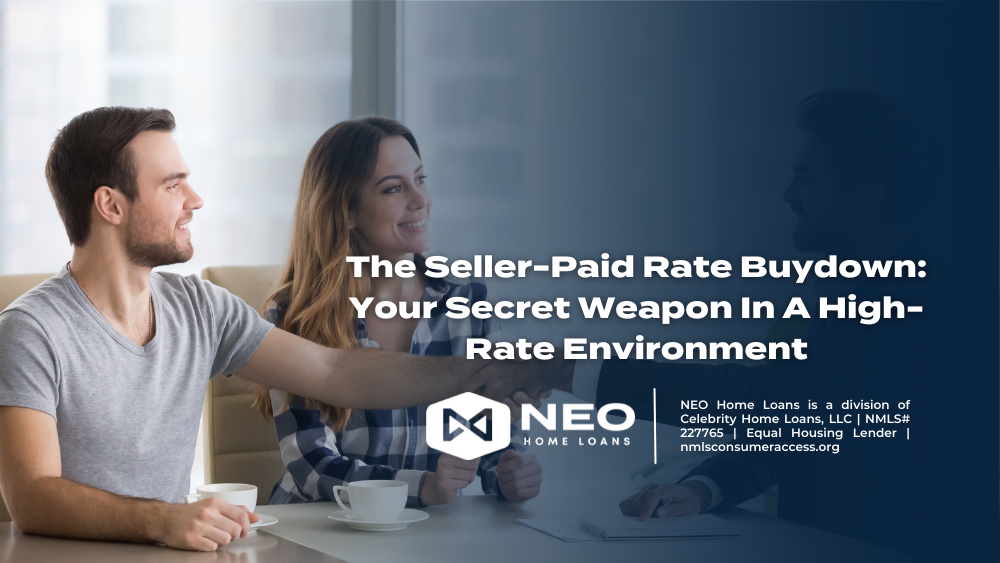 The Seller-Paid Rate Buydown: Your Secret Weapon In A High-Rate Environment 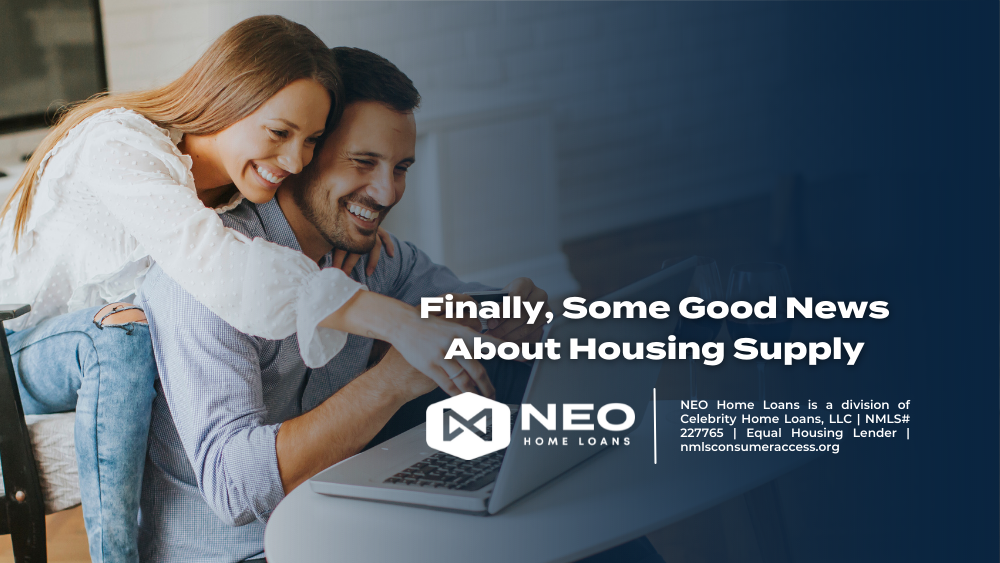